birds do. bees do it. Even educated DJs do it. We’re talking about that mysterious bodily function that high society leaves to the imagination.

But rapper Drake knows the way to a man’s heart is through the bathroom. So he gifted his good friend DJ Khaled a set of high-end toilets.

“My brother Drake just bought me and my family four large toilet bowls,” Khaled said. “It’s called a Toto toilet bowl. I’m not even kidding, Drake: we wanted that. Me and my Queen were talking about getting totos for the whole house.”

DJ Khaled has published a list of the toilet bowl’s features: a UV cleaning system, remote control operation, automatic opening and closing, a bidet function and a built-in air deodorizer. The base model of Drake’s Gift has a retail price of $2,346.

“If you’ve ever been to Drake’s house, you know it’s worth $500 million,” Khaled said. “It’s not about the money, it’s just that he got the best of the best. He gave us some of those Toto toilet bowls.”

Like all great geniuses, some of DJ Khaled’s most inspiring moments happen while he’s on the throne. 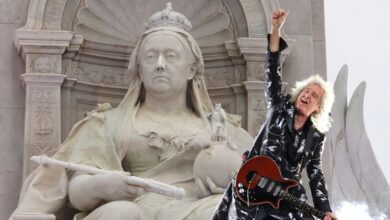