Laverne Cox is beaten for the gods. The actress, best known for her role as Sophia Burset in ‘Orange Is the New Black,’ will soon be starring in ‘Glam Masters,’ a beauty pageant show which premieres Wednesday night on Lifetime.

Executive Produced by Kim Kardashian, the show casts celebrity makeup artist Mario Dedivanovic, YouTube star Kandee Johnson and Milk Makeup co-founder Zanna Roberts Rassi as judges. Cox is the presenter, and while she was supposed to be playing herself, she’s accepted a role that she describes as “a combination of RuPaul and Tyra.” [Banks] meets Oprah meets Heidi Klum.”

To delve deeper into the character, Cox released a music video on Friday titled “Beat for the Gods,” in which she features operatic high notes, leg splits, and makeup-inspired rhymes like “lashes, mascara, crease shadow, foundation.” ‘ dishes up her contour, she’s sitting on Fleek.’ It’s a beauty bop – for the gods.

WWD spoke to Cox last week about Glam Masters, her beauty routine and the industry in general. Here she opens up about everyone.

WWD: When did you start wearing makeup?

Laverne Cox: I started wearing makeup in high school. It was an expression of my femininity and gender expression, all of that, but it was a way for me to let the world know you think you know who I am and what I’m about, but this makeup tells you a different one Story . It was an opportunity for me to change myself and the way the world thought about me.

WWD: What is your first makeup memory?

LC: My grandmother may she rest in peace her name was Emma Cox she had this beautiful vanity and I remember sitting at her vanity the smells the perfume and then especially the loose powder – she was very dated. There was this big powder puff and this big antique looking container of loose powder and I was tremendously fascinated by the loose powder. It felt so glamorous and smelled so good.

WWD: Tell me about your beauty program. What kind of products do you like?

LC: Sunscreen is super, super important, even for black people, because even though we have protection from sunburn and all that stuff, the sun ages you. I try to stay out of the sun and when I’m out in the sun I put on Neutrogena sunscreen. Moisturizing, drink plenty of water. Estrogen has changed my skin a lot. Before I started my medical transition, I had horrible, horrible acne and my skin was a disaster, and about eight months after taking estrogen it all went away. My skin is very sensitive so I have to be really careful about what I use – everything is hypoallergenic. I’ve always had puffy eyes so I use a Kiehl’s debuffer and they have an eye cream that I also apply at night.

WWD: How is your relationship with your makeup artist, Deja Smith Davenport?

LC: I have known Deja for 10 years. I met her through my friend Mila J [the recording artist]. I’ve always done my own makeup, I didn’t trust anyone, and when Orange Is the New Black came out, they had press stuff and they said, “You need a makeup artist.” So I asked [Deja] doing my makeup for the press and she has really enhanced my beauty and looks enormously. Deja is a friend, she is a confidante, she beats me for the gods.

WWD: Who are you looking for glamor inspirations?

LC: Kim Kardashian was checking out her makeup line recently and the look was so amazing and I take a screenshot of it and was like Deja let’s get inspired from that and do our version of it for my skin. I love J.Lo, I love Beyoncé, Zendaya takes such big risks and does really fun things. For my song “Beat for the Gods”, for the cover and one of the looks I was inspired by Grace Jones. I look into the past, I look at iconic things that I love, there’s also Marie Antoinette’s inspiration. We search everywhere.

WWD: I read that you don’t wear makeup on a first date. is that still true

LC: I’m dating someone now, so I haven’t had a first date in half a year, but yeah, the night I met him I just wasn’t wearing any makeup. I was single last year and met most of the guys online so when you meet someone on Tinder or OkCupid or whatever you don’t know who they are. If I come from an event or work and wear makeup and meet someone, fine. But when I have a day off, I don’t do makeup for some guy I don’t know. I try to schedule the date within a five minute walk of my apartment because I’ve dealt with a lot of guys who have stopped me. Dating in New York, guys set you up – my trans girlfriends take care of it. Set a date within five minutes of my apartment when they get there, text me when you get there – I won’t leave my house until they get there – and if it’s a dud then I’ll be there in 15 minutes Out .

WWD: I love this so much.

LC: girl no The point is that you don’t put energy and effort into it [it]. If you met someone from the internet, it’s not a first date, it’s a screening. It really should be a drink or coffee, it’s a screening process. Are they worth my effort for this date? And then you discover that.

WWD: What are some needs you want the beauty industry to address that it doesn’t have?

LC: Rihanna’s Fenty came out last year and it had all these primary colors. Iman was one of the first to have a company that had shades for women of color years ago, but that still feels like a problem. We were actually approached about working with a makeup company and their offers for women of color just weren’t there. I love that there are more companies that are gluten free, vegan and don’t test on animals. I found out last year that I was gluten intolerant and eliminated gluten from my diet entirely, but it still showed up in my diet and my doctor said it could be the lipstick I’m wearing because you eat it Lipstick. So now I have to wear gluten free lipstick. I feel like there’s lip service to women of color in beauty ads, but it’s like if we don’t see you in your ad campaigns, we won’t buy from you because we don’t think it’s for us. We begin to think that if we strive to create colors that reflect our shades and include us in your advertising campaign, it is for us. Those are two things we still need to work on in the beauty world. 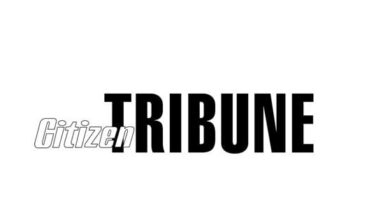 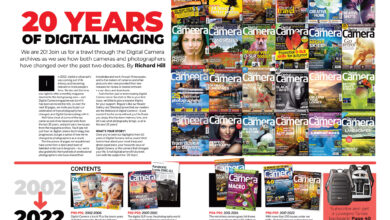 Get 14 bonus gifts with the November issue of Digital Camera mag, including 9 photo tips cards